All Shatin Church activities are either suspended or  online until further notice, in line with government restrictions to contain the current outbreak.

Our Sunday services will be live broadcast at 10:30am on Facebook.

Shatin Church is an international, English-speaking Anglican church grounded in God’s Word and enjoying contemporary worship.  We are a daughter church of St. Andrew’s Church, Kowloon and have been serving English speaking communities in Shatin for over twenty years.

We have vibrant children’s programs (Kingdom Kids and Solid Rock) that meet on Sunday mornings.  The youth group (Solid Rock) also meets on Saturdays, and there’s a number of small groups, a 20s & 30s group and a Filipino fellowship as well.  Everyone is welcome to come along, and we always look forward to meeting new people.  Do stay for a coffee or tea after the service if you can.  We would love to get to know you better.

Sunday Service:  9:30am and 11:30am at Tsang Shiu Tim Secondary School.  (Crèche is provided during both services)

Small Groups: throughout the week in different locations.   Find out more here.

Shatin Anglican Church App is now available. You can find it in your app stores by searching for ‘Shatin Church’ or click on the link below: Hong Kong is the fifth country of residence for Heewoo.  He was born in S. Korea, raised in the U.S., but has also lived in Honduras and London.

After receiving his B.A. in Bible/Theology from Wheaton College (IL), Heewoo went to Honduras as a missionary.  Although he loved the sun and the people, he came back to complete his M.Div. at Yale Divinity School.  He then headed to England to work at All Souls Church, Langham Place before joining Shatin Anglican Church.

He loves playing tennis and going on beautiful walks around Hong Kong countryside when it’s not too hot, but his passion lies in studying and preaching the word of God and seeing people grow in Him. Niels arrived in Hong Kong in July 2016. He is originally from the Netherlands (hence the
difficult surname) and moved to the UK in 2002, shortly after becoming a Christian.

In London he worked for London Underground, but as he got more and more involved in church decided to train for ministry, through doing an apprenticeship and an M.Th. at Oak Hill College. Before coming to Shatin he served at City Evangelical Church in Leeds, UK. He loves to see people studying the Bible together so that they grow in maturity and reach out to others.

Niels is married to Eun-Jung from South Korea. They met while hiking which is still something they love to do, though their three young daughters tend to make this infrequent. 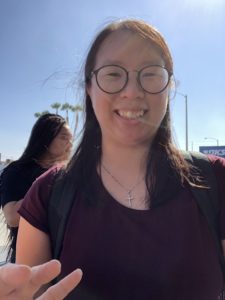 Rhoda has called several different places home. She was born in Boston Massachusetts but moved to Hong Kong with her missionary parents when she was five. She went to the U.S. for college receiving a B.S. in TESOL Education.

After receiving her college degree she worked with special needs kids two different schools in Hong Kong. She felt God calling her in the ministry and went back to the states to study the Bible. She received her M.Div from Gateway Seminary previously known as Golden Gate Theological Seminary in 2018 and is currently working on a Masters in Educational Leadership with a focus on family ministry. At that time she served in two different churches one as a co-director of the Children’s ministry and the other the Director of Youth Ministry. She has now joined Shatin Church to work with the youth.

Rhoda is a huge nerd and loves video games, comic books, and Rubik’s cubes. She also has a passion for music and sports but her biggest passion is reading and teaching God’s word. Ariel comes from the Philippines and is serving in Hong Kong for the first time.  He worked at Calvary Chapel Bible College, Dumaguete for almost 3 years after graduating from it.  He’s passionate about sharing the gospel and leading worship.  He loves singing, playing the guitar or the keyboard and composing Christians songs.  Ask him to play one for you when you meet him!

He’s married to Immalyn who has the same heart of reaching the lost. 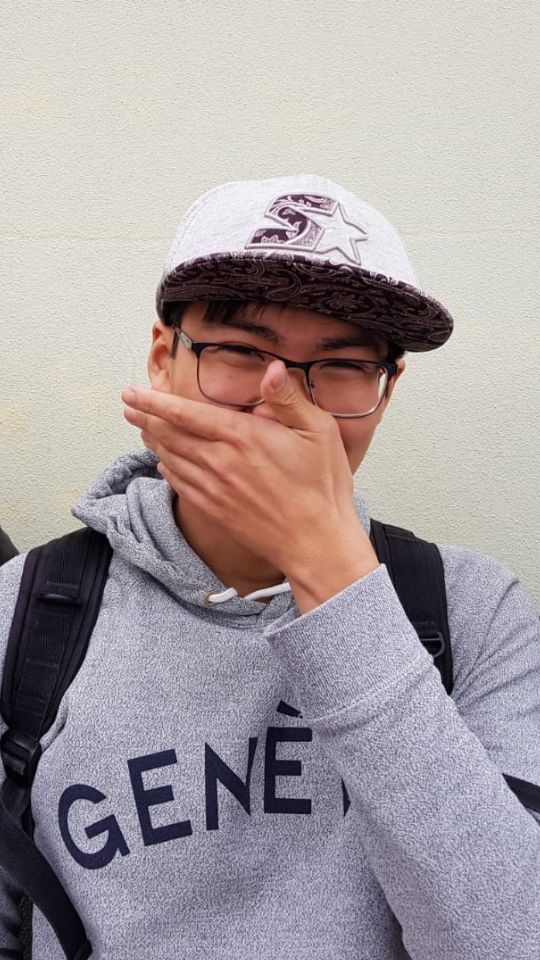 Sai grew up in Aberdeen, Hong Kong island in a world dominated by a secular worldview.  His life changed, when he started to explore Christianity while visiting Perth, Australia in 2014.  After many long conversations with his new Christian friends, he learned about the authenticity of the New Testament and the historicity of Jesus.  He gave his life over to Jesus then.  A few years later, he was allowed to serve in one of the local churches in Perth as a short-term apprentice.  He joined Shatin Church in Sep 2019 as Ministry Associate.

Sai is a Jesus freak.  He reads Christian books, listens to Christian podcast, and loves to go out to the streets with the good news of Jesus.

You can get the latest news and information about the church by downloading our church app.  Click on the link below!